I’m the best wife. I found a collaboration between two of my husband’s favorite brewing companies. It was only available as singles in the store that I found it but, turns out that was fine because well……I’ll let him rate it.

Location of company: California and Michigan

There was a lot going on in this beer and with it’s ABV rating it didn’t taste very boozy. Overall, not very impressed. 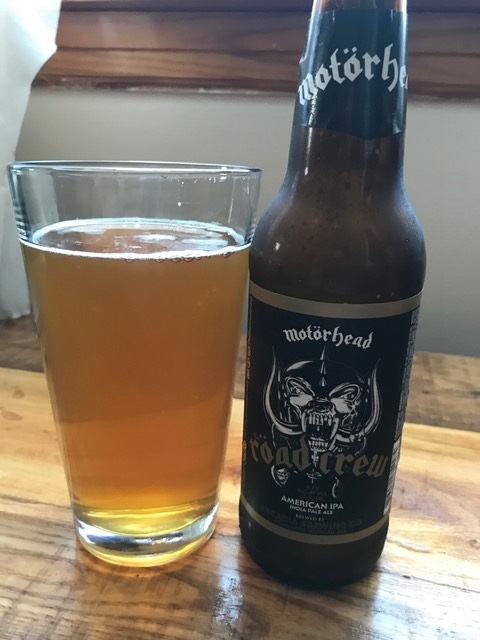 Description: Perfect amount of bitterness mixed with crisp, clean flavors. Refreshing. One of those beers that you’d drink a 6-pak before you know it. Get it while you can!

MUST LISTEN TO MOTORHEAD WHILST DRINKING. 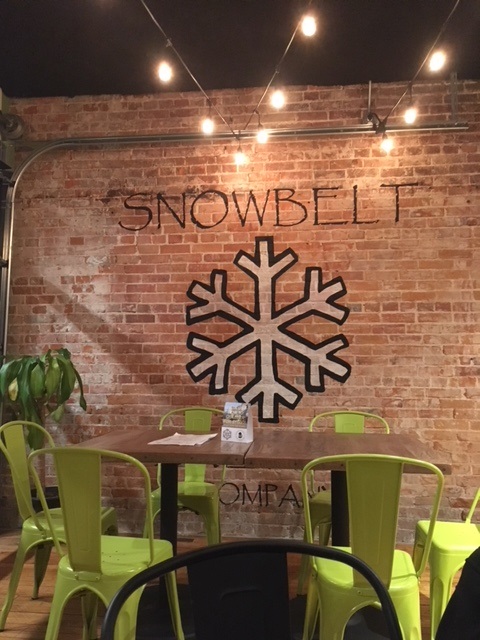 It’s been a hot minute since my husband has done a beer review, so while we were in the great, white Northern Lower Michigan we stopped at a couple of breweries. Why not rate the entire experience? (Note: 1 of the 2 breweries we were so excited about we didn’t remember to take pictures or rate anything.)

Now we had only heard mediocre things about Snowbelt and thus went in not expecting too much. Maybe a decent beer and some half way decent food. Turns out, it was much better than expected. (Always a pleasant surprise!) They had pretty damn good beer and pretty damn good food.

The atmosphere was laid back with classic rock and 80’s ballads playing on a Friday night. It wasn’t packed but it deserved to be. This will be a new must-go-to stop when we are in the area from now on.

Recommendation Level: Do it. 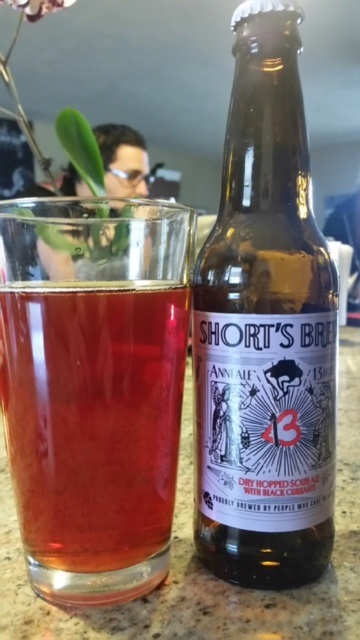 Description: A nearly perfect sour. The dry hops sit at the top of the whole thing, then quickly opens up to a very drinkable fruity sour. Super tart.

Here is a small introduction to the world of beer styles. These are among the more popular and for any that we come across in our brew review adventures that are not included on this list, I’ll explain on that specific review.

Porter – Dark beer developed in London from well-hopped beers made from brown malt.

Pilsner – Light straw to golden in color, it is a type of pale lager.

Okay, okay, I know. I said I’d do a beer style guide first BUT I’m too pumped from a fun night out so that will come next time. 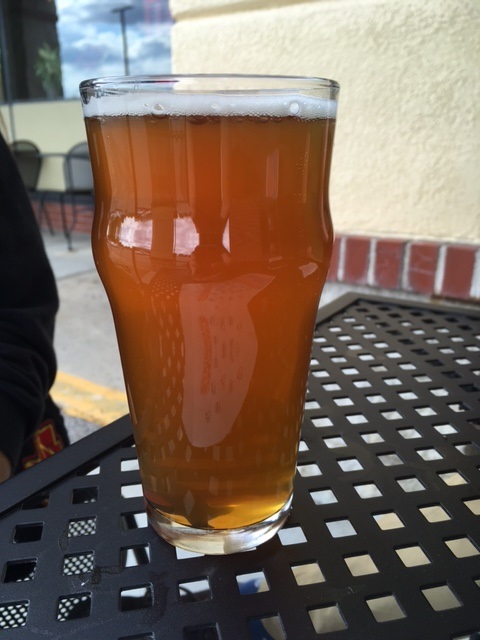 That’s right. The long awaited new section of the blog is finally ready to begin posting.

I’ve mentioned once or twice or three times that craft beer is HUGE in Michigan. I swear I read somewhere recently that said we have 444 breweries in Michigan, now that I’m googling it again it’s saying 122 craft breweries. We’ll go with 122 but that was from 2012, five years later and we can probably safely round up to the 200 marker. Practically every city is sporting it’s own personal brewery. The city I live in has two and Ann Arbor right next to us has six. I should notate that I’m only counting actual breweries, not brew pubs, tap houses or taverns. As our friend from New York who is in town as we speak says, “You Michigan people take your beer seriously.”

It’s true. In fact, it is so true that no one I know even drinks anything else besides craft beer. I personally do not drink beer, carbonation hurts my tongue, I’m weird. However, as someone who doesn’t drink beer, I know far too much about craft beer. My husband loves it, my uncle brews his own, and if you bring Coors, Miller or Pabst to a party, well you’re a dick. You’ve just become the pariah of the party.

All of that being said, my husband will be providing beer reviews. Mostly Michigan craft beers, but you know, one or two other states hit the nail on the head when it comes to beer too. Each review will be of a specific beer, and once in a while, when we actually go to the brewery itself, we’ll review our experience as well.

To gear you up for future reviews, the next post in this section will be a beginner’s guide to styles of beer. Yes you heard me right, styles. IPAs, stouts, lagers, we’ll learn the differences between them all. Not every style is for everyone, just likes genres with books.

Read, eat, drink and be merry!

To celebrate our anniversary, my husband and I went out to nice little tavern that serves lots of Michigan craft beer and then attended a nerd rap concert. 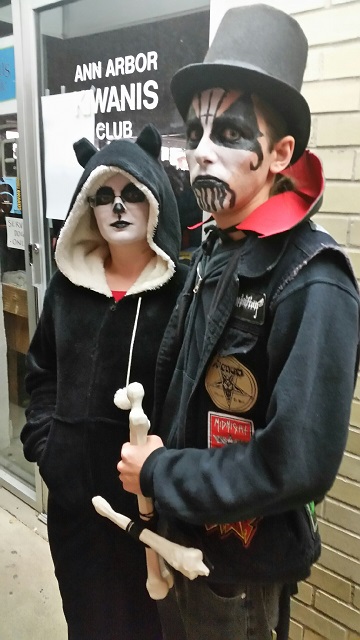 Our money situation was limited so with things we already had around the house, I went as a panda and he went as his idol King Diamond.

The concert was Mega-Ran, MC Lars and MC Chris. We’re not really MC Lars fans so we hung around outside with friends while he was on but Mega-Ran was bad ass as always and MC Chris was a lot of fun too. Definitely worth $16 a ticket. Plus, the costumes were rather on point last night. We didn’t stick around for the costume contest afterwards though because that bear suit was about to kill me with heat.

I did get to meet the wonderfully gracious Mega-Ran after he played:

If you’re not familiar with Mega-Ran, I highly suggest you check him out. A certain someone, The Shameful Narcissist, should REALLY check him out if she hasn’t since he has an entire album dedicated to FFVII called Black Materia. (I’ll even insert the link to one of the best songs off the album since I can’t post videos apparently: Avalanche)